Classified as one of the world's least developed countries

Located in Central and West Africa along the Atlantic Ocean, Cameroon has a population of just over 25 million and is classified as one of the world’s least developed countries.

Despite being considered a lower middle-income country, Cameroon has recorded fairly robust Gross Domestic Product (GDP) growth for the past five years. The GDP per capita income in Cameroon has been estimated to be around CFA907,857 (US$1,554) in 2020. The country’s GDP is supported by improved electricity supply from new hydroelectric dams and the start of natural gas production from a new liquefied natural gas offshore terminal. The unemployment rate in Cameroon is estimated to be around 3.2% in 2020. However, agriculture employs more than 50% of its workforce. Cameroon recorded a yearly population growth rate of 2.59% in 2020.

The economic growth of Cameroon dropped by 3% due to COVID-19. This fall in prices, with fewer creditworthy buyers, made the real estate market crash by approximately 30%. In addition, Cameroon is also experiencing a decline in its equities market and this has made it even more difficult for many real estate companies to overcome the crisis. 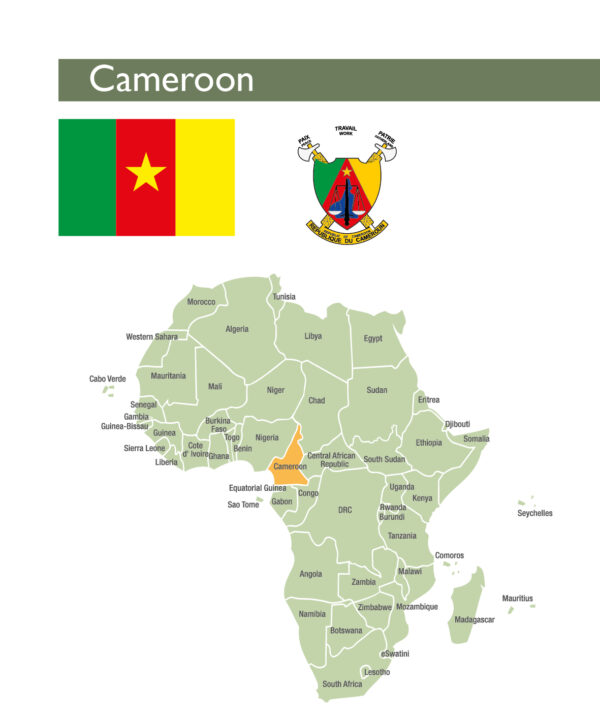 Less than 5% of Cameroonian citizens have access to a bank account. The banking sector is highly concentrated and dominated by foreign commercial banks which hold more than 50% of total financial system assets. A state housing bank, Crédit Foncier du Cameroon (CFC), plays a principal role in the mortgage sector. The CFC currently only supports the financing needs of the upper income class making it difficult for the development of a robust mortgage sector. To increase access to funding, variants of the contractual savings for housing (CSH) scheme have been developed in Cameroon. The CSH plan is a contractual agreement between a financial institution and a customer that grants the customer the right to acquire a privileged mortgage after a minimum saving period.

Despite the interventions of the government to curb the housing problem – which is largely related to the exorbitant prices of housing/building supplies in the country – Cameroon’s housing challenges remain. Over 70% of the country population live in substandard informal dwellings. In its efforts to deliver social housing, the government has entered into partnership investment agreements and has also signed memorandums of understanding (MOU) with various foreign bodies and companies, a number of which involve direct foreign investment (DFI). The government has also promised to continue construction by developing 4,500 collective residential apartments in Douala and Yaounde, the nation’s two principal cities.